Since the awards are centred around the achievements of legal practititioners and law students it was decided to hold the Legal Excellence Award ceremony on the same date and prior to the commencement of the Annual General Meeting of the LSN to create the opportunity for the members of the LSN to be present when future legal practitioners and their peers are awarded for their achievements.

The Law Society’s involvement with the Judge JP Karuaihe Trust started during 2006 when the trustees of the JPK Trust approached the LSN to assist them in identifying and selecting deserving winners for the ‘legal excellence awards’ thereby acknowledging the dedication, efforts and commitment of legal practitioners who are enhancing and protecting the Rule of Law in Namibia and honouring their social responsibilities.

This year’s winners of the Best Student Awards are:
Legal Excellence Awards: 2012 - 2013

The winners of the Legal Excellence Awards for Social Responsibility and Human Rights are: 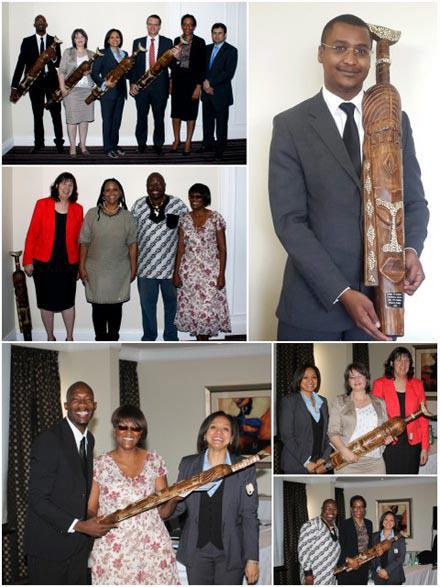