For the 8th time, the JPK Trust Legal Excellence Awards ceremony took place on the same day as the AGM, just prior to the LSN AGM.  Since the awards are centred around legal practitioners and law students, the LSN created an opportunity for its members to be present when future legal practitioners and their peers are awarded for their achievements.

The LSN’s involvement with the Judge JPK Trust commenced in 2006, when the trustees of the JPK Trust approached the LSN to assist them in identifying and selecting deserving winners for the ‘legal excellence awards’, thereby acknowledging the dedication, efforts and commitment of legal practitioners who are enhancing and protecting the Rule of Law in Namibia and honouring their social responsibilities.

With regard to the human rights and social responsibility awards, many LSN members contribute to society but they do not always ‘advertise’ their good deeds.   The LSN invited nominations for the awards from its members.

Patty Karuaihe-Martin honoured the legacy of her late brother, Judge Fonnie Karuaihe and the difference that the JP Karuaihe Trust Fund (JPK Trust) has made amongst the previously disadvantage communities.  The JPK Trust has been instrumental in providing bursaries to over 66 students who have completed their studies and who are employed in various sectors and capacities.  The JPK alumni have positively paid it forward by contributing donations and sponsorship to the JPK Trust.  In particular the firm Dr Weder Kauta Hoveka Inc has been one of their key partners throughout these years.

Last year history was made when Luderitz Street was renamed to Judge JP Karuaihe street.  The JPK Trust held the first ever 1-mile race in Namibia to honour this event.  She urged the law fraternity, to continue sponsoring this noble initiative and to annually participate for the greater good of developing the Namibian law fraternity.

MONET BRUNDYN achieved an average of 73.92% respectively in all 11 subjects.
Ngamane Karuaihe-Upi and Amanda Hauanga, on behalf of the JPK Trust, presented her with the trophy.

Vanessa Boesak, on behalf of the LSN, presented her with a LSN voucher in the amount of N$3,500.00.

PANASHE NHEKAIRO achieved a 72.47% average in the final year LLB programme. Ngamane Karuaihe-Upi and Amanda Hauanga, on behalf of the JPK Trust, presented him with the trophy.

Vanessa Boesak, on behalf of the LSN, presented him with a LSN voucher in the amount of N$2,500.00. 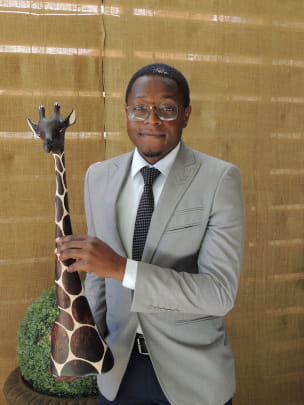 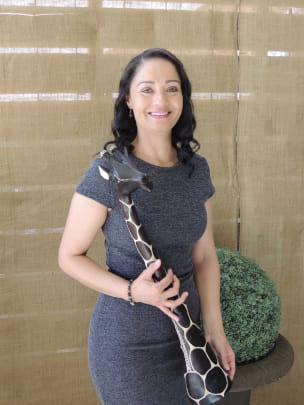 Toni Hancox accepted the award, on behalf of the LEGAL ASSISTANCE CENTRE from Ngamane Karuaihe-Upi and Amanda Hauanga. 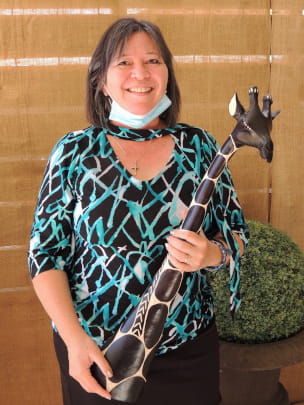 The LSN thanked the JPK Trust for joining hands with the LSN to honour these achievements.

The LSN trusts that their commitment to providing bursaries to deserving candidates to study law and honouring achievements will go from strength to strength and that the LSN and the JPK Trust will have a long and fruitful relationship.
Go to top of page
Contact Us • Disclaimer
Latest news
Search
Contact
Practitioner Search